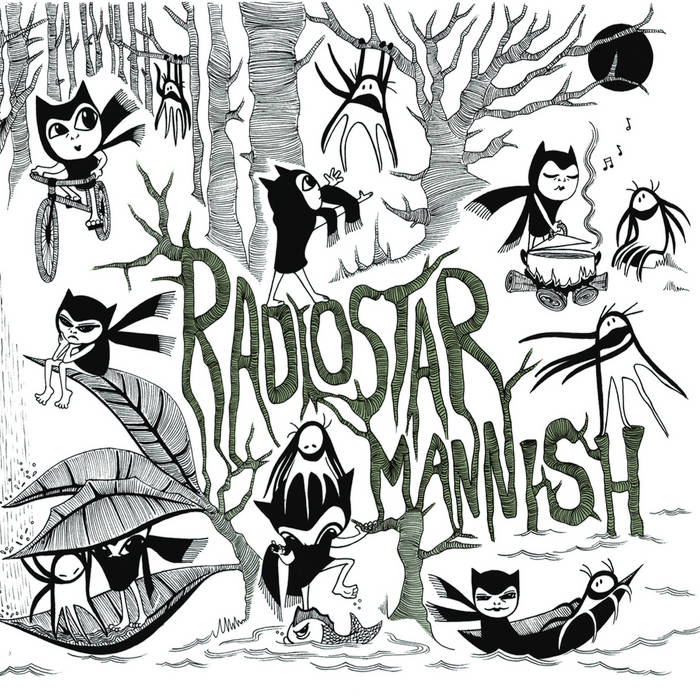 Shortly after the release of Radiostars debut CD, the band were nominated for 2 DMA awards and hired as the Final Act of the Berlin Jazz Festival, where German national radio recorded and broadcasted the show to all of Germany, which then led to shows at Festivals in Norway, Sweden and South Korea and Slovenia.

Michael Blicher who is the bandleader has since the release of the debut album, It cannot bleed studied bluesmusic in its purest forms and found that there exists a universal blues feeling in folk music from such different places like Bulgaria, South Korea, Mali and Mississippi. Michael has to travelled to South Korea, Bulgaria and USA to find inspiration to be able to write music with this universal blues feeling.

The Cd has a Mannish noisy call to it (Ballyhoo), combined with melancholy, gratitude (All the best to You) and love to life and people (To be loved).

The title Mannish is taken from the song Mannish Boy from the album Hard Again by Muddy Waters, who is the most manly piece of music ever made.

There are also several greetings to the bands great heroes from the Rolling Stones on the album, who also claim to be very influenced by the music of Howlin Wolf and Muddy Waters.

An extraordinary musical experience during a “voyage of inspiration” to Bulgaria some ten years ago sowed the seeds of what has come to be the essential focal point of saxophone player Michael Blicher’s musical pursuits: Universal folkloric soulmusic.

Since then Michael has explored the universal relationship between folkloric music all over the world.

Bandcamp Daily  your guide to the world of Bandcamp